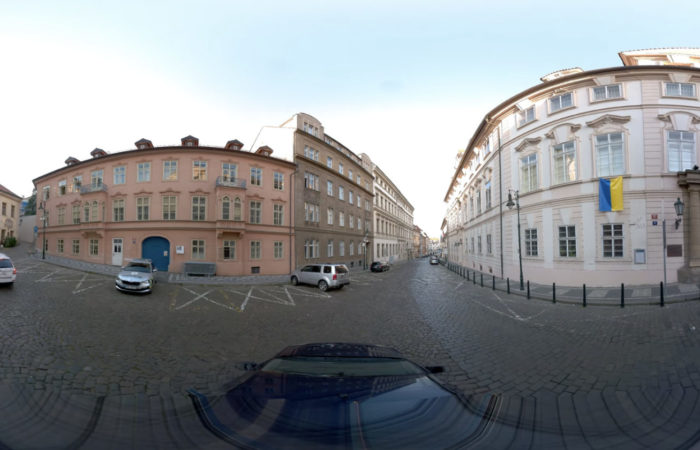 Mosaic X is ready for pre-order

The long-awaited Mosaic X is now production-ready, with orders to start delivering as of September

Mosaic, a Czech-based geospatial hardware design and manufacturing company specializing in 360° mobile mapping cameras, announces that their third model of mobile mapping, GIS, and surveying camera is ready for pre-order. After months of logistical and development hurdles, the camera is undergoing final testing in Prague.

How the Mosaic X is blazing new trails

The Mosaic X is being touted as, “the only 360° mobile mapping camera featuring global shutter for photogrammetry ability at highway speeds.” A specific qualification, but one that has been in demand for some time. This new model is capable of both extremely accurate photos and 360° videos, while simultaneously capable of creating photorealistic 3D models using photogrammetry, all without the use of LiDAR. The Mosaic X is a singular, easy-to-use system, purposely-built mobile mapping camera, and substantially more economically-feasible than other similar devices on the market.

Mosaic CEO Jeffrey Martin explains that the Mosaic X is the evolution of the Mosaic 51, the company’s flagship camera model which has already been well-received in the 360° mapping and surveying industries.

The Mosaic X keeps the all-in-one design and no-fuss usability of its predecessor. The Mosaic X (like the Mosaic 51) comes with built-in CPU and GPU which allows users to operate the camera and capture data all day long without the need for a computer within the vehicle.

Just like its predecessor, the meticulous mechanical engineering and design ensures reliable and dependable usage in the harsh conditions of mobile mapping (moisture, mechanical shock, heat, cold). It is durable, with industrial grade waterproof connectors and protected lenses which can withstand harsh daily use. Its frame is a hermetically sealed water-resistant enclosure with substantial thermal mass and heat sinks for passive cooling – meaning it can handle extremely hot environments without overheating.

As mentioned earlier, the Mosaic X CAN create high quality 3D models, 3D reconstructions, and dense point cloud creation without the use of expensive, LiDAR, however, it should be noted that the Mosaic X (like the Mosaic 51), does come with an AUX port, making it possible for the camera to connect with external GNSS devices and/or LiDAR.

Several customers have already done this with the Mosaic 51 with reportedly good results. WGI performed the LiDAR integration themselves, while Mosaic developed an integration for COWI in order that they achieve RTK via the Emlid RS2 Reach GNSS device. Further integrations are in the roadmap for Mosaic.

What’s different about the Mosaic X

Where it differs is in the dramatically improved global shutter image sensors, as well as absolutely impeccable optics, allowing the camera rig to be meticulously calibrated in terms of lens intrinsics as well as the spatial geometry of the separate sensors. With sub-millisecond synchronization and precise triggering from external sensors as well as distance-based triggering.

We spared no expense on the optics this time around. The Mosaic 51 is very good, don’t get me wrong – much better than any other 360° mobile mapping camera on the market. But the Mosaic X produces extraordinarily sharp images that surpassed our expectations.

The data captured by the Mosaic X is capable of producing similar results compared to traditional mobile mapping devices which can cost 10 times that of the Mosaic X. This allows unprecedented speed in creating precise, large volumes of data which can be used for high-quality 3d data.

Even VP of Engineering and co-founder, Rostislav Lisovy, who is a self-proclaimed underplayer (never one to compliment or overstate things) surprised his team by commenting on the clarity and sharpness of the images the first time he laid eyes on the sample data.

Don’t quote me on this but it’s very good.

(He later gave permission to quote him.)

What sets the Mosaic X apart

This is really first-in-class:

Who will be using the Mosaic X

We’ve had a wide variety of companies and industries approach us in the last year. Everyone from surveying and mapping companies, to asset management and real estate companies.

Many are in the business of creating detailed street-view maps of their communities as well as many companies who have primarily used LiDAR technology for point cloud creation and are looking for a cheaper and easier-to-manage solution.

There have been MANY inquiries from companies currently employing outdated systems, and are looking to upgrade to a device that offers improved clarity in the image quality, something these systems have long lagged behind on,