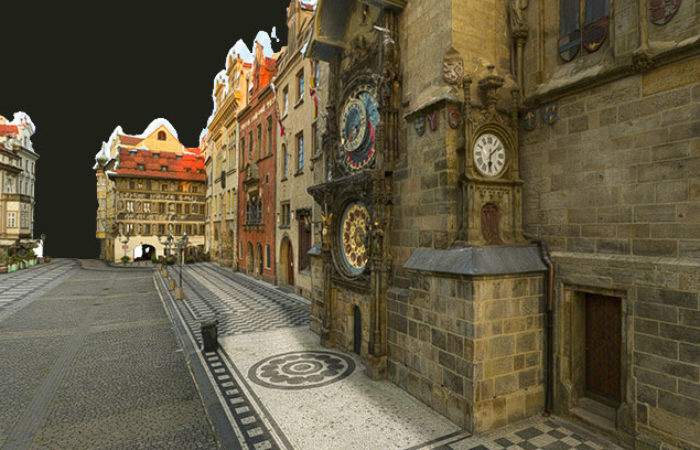 How to Build a 3D Model of a City

Turn a beautiful imagination into reality by creating a 3D model of a city.

Why is it important to create a 3D model?

3D city models influence urban planning positively, provide environmental evaluations through a variety of application-based uses, and encourage public participation in urban development. As 3D city models are considered to be the virtual representations of urban environments – including terrains, roads, landmarks, infrastructure, vegetation, and buildings, it invites an opportunity to explore the real world.

What are the benefits of 3D city modeling?

When it comes to 3D city modeling, it is not only focused on building infrastructure; however, it also focuses on maintaining the terrain, city management, and monument preservation. In short, it can be said that 3D city modeling works positively to encourage urban planning along with proper city management.

3D modeling includes some of the targeted areas in development that include disaster management, homeland security, automobile and pedestrians routing, landscape and urban planning, architectural, environmental simulations, and wireless telecommunications.

To understand better, below are mentioned some of the benefits of 3D city modeling:

How to create a state-of-the-art 3D city model

3D city models that have been semantically enhanced have the potential to be significant centers of integrated data for computer-based urban spatial analysis. As digital representations of cities, 3D city models can be used for a variety of purposes, including urban wind and dispersion simulations, noise studies, energy studies, and other forms of study that need a proposed architectural design to be placed in its context.

However, a 3D city model should define the geometry and properties of all the various features generally present in a city, such as the topography, roads, water bodies, and buildings, in order to allow for the development of advanced applications. Today’s era of technologies including Lidar and photogrammetry for collecting 3D elevation data have made it very simple for practitioners in several fields to automatically reconstruct 3D city models.

It’s easy to picture how a new building, solar panel installation, or bridge would affect a region with 3D models. Once a plan has been proposed and integrated into the model, it may be used to communicate with partners and the general public. These models are useful for situational awareness and emergency reaction in addition to planning.

With a brief introduction to creating a state-of-the-art model, there are various software that can be ideal for developing a 3D city model. They are as follows:

Graphisoft created ArchiCAD, an architectural CAD program. Open BIM (Building Information Modeling) is a comprehensive platform for architects that allows them to undertake 3D and 2D drafting, visualization, and building modeling. You can handle all areas of engineering and design work using ArchiCAD and all of its functionalities. It is especially sophisticated in the visualization field since it provides architects with high-quality, photorealistic architectural depiction. This CAD program is also well-known for its capacity to hold a lot of data in your 3D models. It may be used to create buildings, interiors, and even entire cities. This software includes a variety of design tools tailored specifically for architects and interior designers.

Revit developed by Autodesk is also BIM (Building Information Modeling) software. If you work in the architecture field, this sophisticated application is a must-have because it has capabilities tailored specifically for architects. It will aid you in the creation of flawless architectural designs. Revit Autodesk allows you to design and manage any type of building or infrastructure. The collaborative element of this modeling software is a huge plus: any coordinator can work on centrally shared models. Collaborative designs are a great method to boost your team’s teamwork. Most importantly, avoiding rework will save you time.

3D city planning is a software tool that aids urban planners and cities in creating a more accurate and realistic representation of current cities, towns, and territories. Traditional 2D city planning software is surpassed by 3D city planning software. Planners can generate a realistic image of the environment around them by using three-dimensional modeling. This is especially useful for urban planners since it allows them to have a better grasp of their communities’ needs, such as the amount of work required to bring new buildings up to code or repair existing structures.

The Market Trends for 3D Mapping and Modeling

These days market demand is next level and that is the reason – a rise in 3D mapping and modeling has been noticed. However, the mentioned pointers will help in clearing the concept better.

A small representation showcasing the difference between 2D and 3D mapping. It shows how 3D mapping and modeling are more useful and efficient as compared to archaic 2D mapping.

And as we are talking about some of the advances in mapping and modeling, 360-degree cameras, surveying equipment, and sensors have excelled in collecting data for humans. It has ultimately reduced the human labor and turnover ratio.

Mosaic’s range of high-resolution 360 cameras has not only worked in offering accurate road mapping; but simultaneously, has the ability to capture data to create both 3D models and 2D images.

Hence, it can be wisely said that a 3D city model can be useful for predicting efficient city planning, while the use of an efficient 360-degree camera – works in giving accurate results.

So, are you ready to plan a city model with a top-notch featuring camera and collect accurate data? Get in touch with us now! For more information, visit our website or contact us.