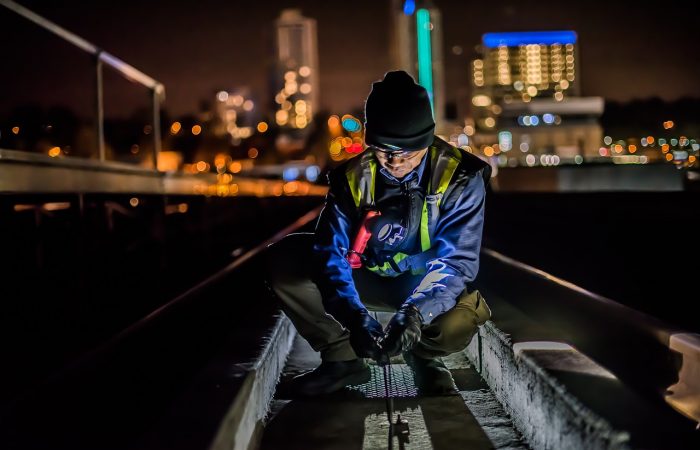 Road and Street Infrastructure Maintenance and Inspection with one tool: the Mosaic 51 – 360º Camera

One of the Roman empire’s greatest contributions to the world was the creation of some 80,000 odd kilometers (50,00 miles) of roads throughout what is modern day Europe and the Mediterranean. These roads, and other forms of road systems since, have allowed for and given rise to incredible economic, military, and cultural growth and stability. Without roads in place, we would not be able to travel 20-40 kilometers one way to work each day or take the family on a road trip from Connecticut to Florida, the whole east coast of the United States, within two weeks.

Most citizens of the world are now quite accustomed to finding well-maintained and well-designed roads as they travel about and do not spend much time considering the incredible amount of work involved in planning, inspecting, and maintaining those roads.

These concerns are left to the local or state level municipalities and governments who are tasked with using tax dollars to build and maintain an ever-growing infrastructure of highways, rural roads, city streets, and off-the-beat ways.

They face many challenges, which advancements in technology have been attempting to solve over the last several decades. Find out how the Mosaic 51, a 360-degree camera, is able to tackle the issues which are faced by nearly every level of government, from small town councils, to state governments, to centralized and federal governments, and offers a solution which will increase efficiency, decrease costs, and lead to greater safety on the roads for drivers and their passengers.

What is road maintenance?

Road maintenance, including inspection and repair, consists of several parts. It can pertain to

There are three general types of road maintenance

What is the importance of road maintenance?

The importance of road maintenance became part of the United Nations Sustainable Development Goals in 2010 when it created the United Nations Global Plan for the Decade of Action for Road safety 2011-2020. In this initial plan, it called for governments to identify high risk roads and take corrective measures to eliminate them by 2020.

Then in August of 2020, the United Nations Global Plan for the Second Decade of Action for Road safety 2021-2030 was published with the goal of decreasing road deaths and injuries by at least 50% in the coming decade.

There are many benefits for designing and properly maintaining a road.

Who benefits from better serviced roads?

One study found that both road maintenance and traffic management activities are important contributors to the value creation of road infrastructure among commuters. Drivers, commuters, and travelers all benefit from well-surfaced roads, so that they have the confidence that they can quickly and efficiently get from point A to point B.

Logistics firms and delivery services benefit when there are safe and well-maintained roads in place. In 2020, due to the coronavirus pandemic, ecommerce sales rose at an incredible rate, which in turn increased the need for fast, reliable services to get the products from the factories to the consumers’ homes. In México alone, online sales increased 54%.

Public transportation agencies need to maintain strict schedules and rely on road infrastructure which is free of potholes, cracks, and traffic due to constant road maintenance. Also, due to the large amount of time that they spend on the road, the constant exposure to poor road conditions adds to future damage to the vehicles.

Governments, including small municipalities, city councils, and central governments, all benefit when roads are in tip-top shape. The 2017 Infrastructure Report Card from the United States Department of Transportation gave the U.S. a ‘D’ for the current road conditions.

Some of their findings were

There are thought to be three factors involved in road crashes:

While most people might be quick to assume that human factors such as a driver’s reckless or carelessness results in most accidents, studies have shown differently. Roadway factors, such as design elements and the conditions of a road, play a greater role in determining the safety of the roads. Negative road engineering factors or negligent road maintenance may mislead a driver and cause human error. It was even determined that the geometry of the road can influence the severity and frequency of traffic accidents. The geometric elements of a road include the road width, cross slope, pavement, road margins, traffic separators, and curbs.

How are we currently repairing roads?

How, when, where, and why our governments decide to carry our road infrastructure maintenance and inspection depends a great deal on several factors.

The most traditional way in which road repair is conducted is through human surveyors and maintenance crews who detect problems on the road through manual inspections and then set about fixing the issues at hand (reactive maintenance).

It was only about 10 years ago that traditional methods of road surface infrastructure and maintenance started to revolutionize as scientists and experts in the industry began to look for automated ways in which to conduct road inspections and maintenance.

One study out of Slovakia in 2010 stated:

“Longitudinal and transversal cracks are detected and classified using a novel approach based on combining traditional features and Gabor filters. A Differential Global Positioning System (DGPS), a web camera and an Inertial Profiler…”

This system is no longer ‘novel’ and is becoming the norm for many construction companies. Private, contracted road maintenance companies or the local municipalities themselves may utilize a combination of sensors and cameras in what is known as Mobile Measurement System. MMS typically contains a Global positioning system (GPS), internal measurement unit (IMU), digital measurable images, digital camera, laser scanner, and omnidirectional video.

There are several main issues when it comes to road inspection and repair, mainly costs related to the tools and human resources necessary, the usability of the tools, and capabilities of the tools.

The costs involved with road infrastructure repair and maintenance come down to human labor. When using more traditional methods such as visual site audits, the human resources can be quite high and not as effective. Manual surveys are extremely time consuming and often only utilized for reactive maintenance, when the problem is already starting to cause problems.

Even with new technologies that are able to automate such issues, the tools are often complicated, costly, and require multiple suppliers and multiple attachments to assemble an entire system which can adequately collect the proper data necessary to detect roads which are in need of repair.

Roads are constantly changing as they are used over time, which means that new cracks and potholes can emerge at any time and even the pitch of the carriageway can vary slightly after excessive use. It is difficult to constantly monitor these changes in an effective manner.

Solution for Road Maintenance: the Mosaic 51

The Mosaic 51, a 360-degree camera, contains all of the elements involved in the previously-mentioned Mobile Measurement System (MMS) , and more, in one package. It is a one-stop-shop for sensors, image receptors, GPS, IMU, offering higher resolution, greater water resistance, a more robust structure and car mount, just to name a few.

The body of the camera contains 5 cameras all positioned to capture images horizontally from the camera and a sixth camera is situated on top, to capture images above the normal field of view (FOV). The entire camera can be easily mounted on top of any vehicle and managed by one individual, thereby reducing the human costs involved in surveying a large vector of area. The mobile mapping ability of the camera allows for increased efficiency and a more up-to-date view of the roads’ conditions.

Features of the Mosaic 51 camera

Due to its enhanced features, the Mosaic 51 is able to conduct surveys of roads before, during, and following road repairs. It can be used to collect data which will go on to help construct road infrastructure plans, monitor current conditions, predict future potential hazards, identify current road repair needs, and examine the scenes after repairs have been done in order to ensure the highest quality workmanship.

More specifically, the Mosaic 51 can

One of the missions of Mosaic is to build a single, detailed, high resolution photographic map of all the world’s streets over the next few years. Jeffrey Martin, the CEO of Mosaic, has also mentioned that one of his main motivations for creating such a highly advanced camera is safety. By offering local, state, and federal governments the proper tools to inspect and maintain roads with higher efficiency and lower costs, Mosaic is on its way to achieving this.

To find out if the Mosaic 51 can meet your road inspection and maintenance needs, contact Mosaic today.