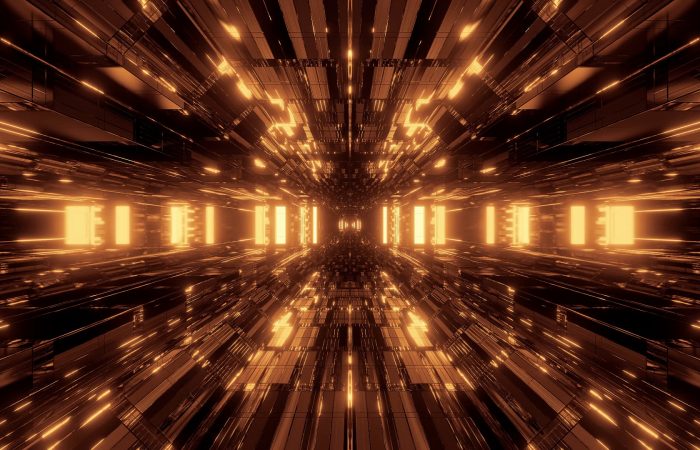 What is 3D scanning?

The concept of 3D scanning is probably relatively easy to understand as we humans see, perceive and interact in a world which is 3D. 3D scanning can be defined as the process by which an object or a scene is analyzed and data is collected regarding the shape and appearance (such as the color or texture).

DON’T MISS OUT! Check out the incredible 3D scan of Prague’s beautiful Old Town Square towards the bottom of this article.

The human brain can perceive depth because of indications in a flat image or a 360 image through the aid of two receptors, our eyes. Humans (and many animals) are able to create 3D reconstructions due to the fact that we have our eyes placed in slightly different positions within our heads, so we perceive objects in our field of vision as slightly differently, and this gives us depth.

This ability, known as stereoscopic vision, is more difficult to reproduce in machines, such as cameras or robots without additional technologies, such as lights, lasers, projectors, and cameras working simultaneously.

What is a 3D scanner?

There are many 3D scanning technologies which we will cover in a bit, but generally a 3D scanner contains some combination of lasers, lights, projectors, and cameras which allow for the collection of data in order to determine the shape and appearance of an object or an entire scene within an environment.

In this article we will be focusing on 3D scanners and cameras, so let’s see how those two types of technology differ.

3D scanners and cameras share many similar characteristics; such as cone-like field of view (FOV) and image capture of only those surfaces which are visible and not obscured.

What is the purpose of a 3D scan or a 3D scanner?

The main purpose of conducting a 3D scan is to create a 3D model, with the end results being a virtual 3D model or a physical 3D model. The 3D model is initially defined by a point cloud, which is a set of data points in space, representing the object or the environment as a 3D image. It is also possible for color data to be gathered at each point, thereby allowing the color of the surfaces involved to be determined. After a sparse point cloud is generated, it is possible to create either a dense point cloud with or without color, or a textured mesh (of triangles or quads) which is essentially a “solid” model. These days, the mesh is generated via a depth map, without the intermediate step of generating a dense point cloud.

It usually takes multiple scans or multiple photos, from multiple angles to produce a complete model of an object. All of the images are then melded together in a process called image alignment or image registration. This whole process from the single range map to the final model is called the 3D scanning pipeline.

How does (laser) scanning work?

Since the birth of 3D scanning in the 1960’s, there have been a wide array of methods and technologies which engineers, scientists, and photographers have used to construct devices which would gather the necessary data in order to generate 3D models.

Many of them can be divided into contact and non-contact 3D scanners and further divided by active or passive means of collecting the necessary data.

Below you will find the majority but not an exhaustive list of the various types of 3D scanning technologies that have been developed over the last 50 to 60 years.

Applications and Use Cases of 3D scanners

The most commonly considered uses of 3D scanners are for creating replications of historical artifacts, such as Egyptian mummies or vases, or for taking body scans to be used in the next NBA Live video game. But as per usual, the technology has been hijacked and used in a wide range of industries, from tourism to industrial to entertainment. The applications are extensive and never ending. Check out some of the most common use cases for 3D scanners below

In recent years, with the adoption of smartphones by nearly half of the world’s citizens, most of us are technically able to 3D scan nearly anything we see in our daily lives. In fact, in respect to flexibility, cameras in our smartphones or even traditional digital cameras are a much easier means by which to create a 3D model.

Most more traditional 3D scanners must be used in specific locations, which have very specific lighting, in order to accurately capture the structure of the image or scene in question. Cameras give the freedom to go anywhere and capture (nearly) anything.

However, this freedom does come at a cost of course. The photographer must ensure that enough photos are taken at all of the proper angles to ensure that there are enough for the software to accurately recreate the image or scene later on. This means circling the object multiple times and taking anywhere from hundreds of photos of a single object to thousands of photos of a scene in one’s environment.

And similarly to stereoscopic vision (as previously mentioned – the manner in which humans are able to perceive depth), the narrow overlay between the images will allow the images to be stitched together to create an incredible 3D reconstruction.

This camera is providing extraordinary solutions for companies which are in need of 3D scans of enormous tracts of land, whole city blocks, and large building facades. And the scans can be conducted at a much faster rate than a photographer with a single camera due to the fact that there are 6 camera lenses working at once and the fact that it collects data at driving speeds.

The input data is more accurate and reliable as the Mosaic 51 can be attached to the top of a moving vehicle and driven through a city square or around an important building or monument, thus guaranteeing that every possible angle is covered.

The convenience of the person conducting the scan is also greatly increased as there is no need to exit the car and the 3D scans can be done rain or shine, in hot or cold weather, all from the comfort of the vehicle.

If you or your company is looking for a cutting edge, versatile, and productive method to capture and create 3D models, get in touch with Mosaic and find out how we can help you.