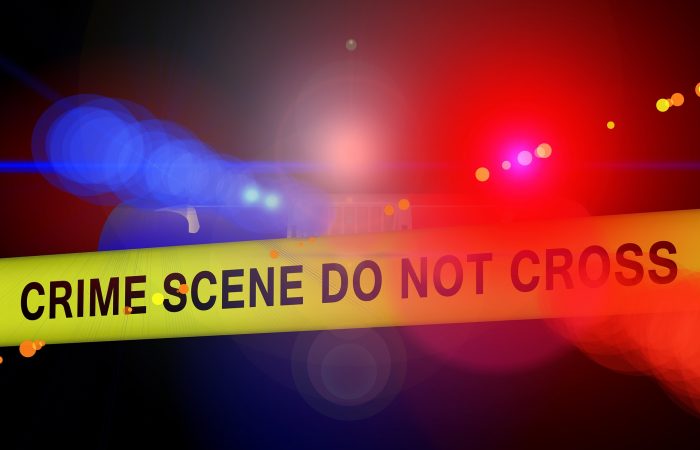 How 3D models are preparing security and protecting citizens

Computer generated 3D models have become a hallmark of many sci-fi movies, action films, and police dramas in recent years. Oftentimes they slightly outpace the current abilities of those in real-life scenarios thanks to truly mind blowing computer graphics. But this is not to say that 3D models are not being used to help in the sphere of public safety. Both regional and local governmental organizations, as well as private security firms, have already discovered the many ways creating a 3D model can benefit their work and are actively integrating it to help the people they serve.

Today we will look at the most common uses of digital 3D models for public safety, how this benefits the general public, and the technologies allowing this to happen.

Law enforcement, fire departments, and private security are all using 3D models in a variety of ways. Some of these use cases are based on preparation and prevention, while others are for post-incident observation and analysis.

Some of the most common ways that digital 3D models are preparing those protecting us comes in the form of fire safety and event management.

As cities have grown in population and popularity, they have become larger and more dense. This means that buildings are closer in vicinity to one another. It also means that they are more populated by the humans working or living within them. This makes fighting fires more complicated for firefighters arriving at the scene of a call. They have many more factors to consider before deciding how to best deal with the situation at hand.

With 3D models of densely populated neighborhoods and densely populated buildings, firefighters are able to prepare for future disasters. They can simulate multiple scenarios, working through the various ways to enter a burning room or how to efficiently move from floor to floor.

Similarly, police, private security firms, and others are able to construct digitized 3D models of places where there will be large crowds. This could mean a stadium, a parade route, or a conference center where they might be responsible for a particular dignitary or if there is concern of dangerous activities.

Even if there is no special reason other than the fact that there will be hundreds or thousands of people together in one location, there are always safety concerns.

Law enforcement and event staff, including security personnel, much like firefighters, can create a 3D model to run simulations of potential threats. They can practice finding exit strategies if they are concerned with getting their VIP out quickly. Or they can prepare multiple routes for circumnavigating potentially risky or crowded areas.

Besides preparation, 3D models in public safety can help with crime scene investigation and mapping as well as courtroom proceedings.

Collecting data at the scene

Following a car accident, homicide, or robbery, police, the FBI and other law enforcement can easily collect data to create a digital 3D model of the scene, called a forensic digital twin. Once the data is collected, they can revisit the scene again and again without returning to the particular spot. (This has immense value, which we will detail a bit further down.)

Those presenting evidence or making claims in court can use 3D models within courtroom proceedings. Rather than attempting to paint a picture of the scene verbally, lawyers on both sides are able to more accurately present the evidence to the jurors and judges. The visual presentation of the crime scene and evidence allow for a more comprehensive and tangible understanding for those involved in making the final judgement.

How to Build a 3D Model

Whether for pre or post use, the process for building a 3D model is quite similar. First comes the data collection, followed up by the data processing.

For data collection, there are various methods for scanning and creating a 3D model, which you can read more about in detail here. Generally speaking, there is a device which projects and/or receives data through one or more sensors, such as lasers and camera sensors.

Depending on the exact device used, the sensors capture images and geospatial data, such as location, attribute and temporal information.

This data collection process can take hours or days depending on the device used. For example: when using a stationary 3D scanner, the photographer or data collector must reposition the camera regularly to gather all of the necessary viewpoints.

Some of the most important features necessary in the data collection stage are the image quality and the speed at which the capturing is done.

This is why 360º mobile mapping has come into play in recent years. With a mobile device attached atop a car, motorbike, or land rover, data can be collected at all angles, at a much higher speed.

And extreme clarity is possible with cameras like Mosaic’s original 51 model, as well as the newly launched Viking model, with resolutions of 12k and 22k respectively. The clear images assist investigators to notice the most minute details they might have missed if viewing the scene in person.

Once the data has been collected, it is processed so that it is visually accessible and understandable to those using it.

The most common way of doing this is by passing the data through software, known as photogrammetry software, to produce a 3D reconstruction of the asset or scene in question. The software stitches the images together to create the final 3D form.

Once the digital 3D model is ready, public safety workers are able to interact with it, run through different scenarios, and hone their tactics. Lawyers and district attorneys can use the reconstructions to more accurately illustrate the scene of a crime to the courtroom.

Why Build a 3D Model

Previous methods of preparing for dangerous scenarios involved working with outdated technologies. ‘Old school’ methods such as hand-drawn, paper blue-prints or small-scale models of buildings or outdoor scenes are still in play. None of these gave those involved a true sense of what was to come. Not to mention that they were working with 2D models with little detail.

Collecting the data to prepare for the scenarios might have meant having to take measurements, sometimes estimations at best. So oftentimes, the models were inaccurate and time consuming to construct.

It is also possible that repeat trips to and from and across a crime scene can tamper with, distort, or damage data completely. This can lead to lost or perverted evidence.

In addition, sometimes the scene of a crime or an accident is unsafe to the officers or emergency personnel. Weather, topography, fire damage, and other conditions can put these people at risk. In addition, it can lead to further damage of the evidence at the scene.

Benefits of a 3D model in public safety incidents

There are some extraordinary benefits of using a 3D model to prepare public safety personnel for future emergencies or assist lawyers in courtroom proceedings. Here are some of those benefits:

Many of us may be able to understand running scenarios when prepping for a major event. This could include those such as a presidential election or a meeting of heads of state. And we can recognize how firefighters can benefit from learning how best to enter or exit a burning building. But it may not be as obvious of the ways that law enforcement and lawyers are already using digital 3D models. They are currently utilizing 3D reconstructions to analyze crime scenes and analyze forensic data.

Here are some ways that digital 3D models are already hard at work:

In fact, 3D models have been found to be particularly useful in these areas due to the fact that this method can determine the vertical component more precisely than using conventional methods.

Whether you already believed that every computer generated effect in your favorite police drama series was 100% true or not, 3D modeling is here and the implications are endless. They are already helping our public safety personnel prepare themselves for future dangers and scenarios. And they are assisting our legal departments to protect and serve to the highest capacity with a clear understanding of the evidence involved.

Mosaic is here to help our public safety officers and workers. By offering the highest resolution 360-degree mobile mapping cameras, it is possible to achieve extremely clear image resolution in a fraction of the time of traditional methods and with a much simplified method of collection.