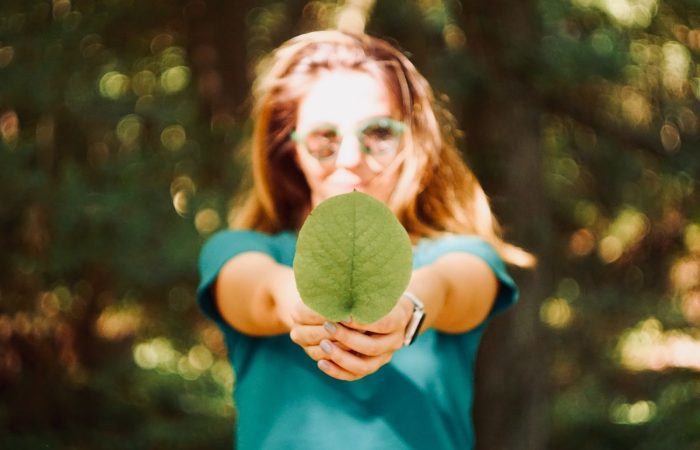 Sustainability aims to improve the quality of our lives and ensures those of future generations. Many believe that as inhabitants of Earth, we have a moral obligation to Earth, to each other, and to our future generations to sustain this planet.

It’s easy to get caught up in the day-to-day of work and television, and in fact forget that we are tiny creatures zooming around on a planet harvesting resources.

It’s also easy to forget that often the choices we make in our lives do impact the world around us, however seemingly small.

Sustainability is now commonplace and a household occupation. It is a shift in the way that we think, and it is only becoming more embedded into our daily lives.

The Origin of a Smart City

The concept of a Smart City has been floating around since the 1970s. Or it was born when Amsterdam created a digital city in the mid-’90s. Or it was in 2008 when IBM started working on its Smarter Planet Initiative.

Regardless, the concept is not new.

With each plan or action born from it, a Smart City has been an ever-progressing voyage from abstract thought to real-life conceptualization. Its ideals are rooted in sustainable action to create a progressive society, helping to ensure the quality of life for current and future generations through the participation of its citizens.

Let’s skip back to Amsterdam.

De Digitale Stad – The Digital City of the Netherlands

De Digitale Stad (DDS) project came about through a collaboration between the Amsterdam Museum, the Waag Society, and a collection of web archaeologists with the communal idea to digitally preserve their beautiful city.

It was in this period that the internet became accessible for the first time in the Netherlands.

Another objective of the DDS was to question how to make internet history accessible on a scientific and societal level.

The most famous citizen computer network. (…) A new form of public sphere combining local institutions, grassroots organizations, and computer networks in the development of cultural expression and civic participation.

Manuel Castells
The Internet galaxy: reflections on the Internet, business, and Society

As mentioned, a Smart City relies on the participation of its citizens. Another objective of DDS was democracy, and to use the tool also as a democracy-enhancing experiment. The tool provided citizens with information on topical city issues and encouraged users to discuss and share their own opinions.

In these early stages, there were no responses. Perhaps those new to the internet simply stared at the screen as something entirely alien and weren’t sure how to interact with it, much as many of us felt using computers for the first time!

However, a digital city was indeed born and realized.

Digital Twins and Their Important Role in a Digital City

A digital twin is a virtual representation of a system or process – a virtual model that reflects a physical form. Available in real-time it is an upgraded simulation used for testing, monitoring, and maintenance.

Here’s an example that breaks down the process easily:

The object being studied — for example, a wind turbine — is outfitted with various sensors related to vital areas of functionality. These sensors produce data about different aspects of the physical object’s performance, such as energy output, temperature, weather conditions, and more. This data is then relayed to a processing system and applied to the digital copy.

A digital twin allows companies, planners, or whoever needs it to test out changes to a building or system before actioning it in the real world.

The concept differs from a simulation in that a digital twin is more of a virtual environment, so the scale is much bigger and more in-depth. Richer, so to speak.

The flow of information begins when the sensors are activated, providing relevant data to the system processor. By having continuous data within an entire environment, digital twins can analyze more issues from multiple perspectives than a standard simulation. Thus meaning a bigger potential to improve processes and product output, if applicable.

We already covered this exact topic at length in another article too → What is a Digital Twin?

There are four kinds, each varies on the area of application:

This is the smallest example of a functioning component in the virtual system.

Two components working together form an asset, allowing the viewer to study the data obtained from their interaction.

These give visibility into how the assets work as an entire functioning system.

Process twins show how systems work together. Factors analysts look for – if the systems are synchronized, or for example, if one system is impaired, will it affect the others? Finding out this can help determine the overall effectiveness of a system.

These are the different levels of a digital twin, each level is as important as the other and analysts will jump between levels to fully understand the functions and processes of the whole digital environment.

Now we’ve got an idea of what a Smart City and a digital twin are, how does that relay back to collecting data passively?

Data capture with the use of high resolution cameras for street mapping, to obtain information on local infrastructure, and for use in Smart City planning is an excellent method.

Surveyors will use 360° imaging to source location sites for utility networks, governments need it for urban planning, and environmentalists use it to assess the damage caused by climate change. Mobile mapping is prevalent in so many sectors.

Procuring accurate data from the use of one camera system via means of a car to which the system is attached, is also pretty sustainable – but there is always room for improvement.

What if we considered the vehicles that are already on the road, that can cover large portions of cities whilst they are on their pre-designated routes?

Vehicles like garbage trucks, postal service vans, and buses drive regularly through the streets. Using these vehicles, municipalities can cut carbon emissions when collecting data for street mapping, simply by attaching a camera to the roof of services already on the go.

The idea of passive data collection fits right into the progressive and sustainable ideal of a Smart City. The data could be procured essentially without the driver’s awareness and without them having to ‘actively’ do anything.

Using this method of mobile mapping, for accuracy, high-quality imagery is very important. Getting the right imagery upfront saves time and resources and limits the need for quality assurance down the line.

The right tool for this is a high-resolution, lightweight, user-friendly camera. A system that a driver can install with minimal training then can essentially forget about it.

The postal worker goes about his day making the rounds, and meanwhile, the 360° camera atop of the van is capturing data for the local municipality, it is photographing infrastructure, road signs, and a multitude of images which can then be analyzed afterward from which urban planning can be actioned.

The camera also needs to be hardwearing, if it is to be driven around all day, in any kind of weather so ensuring that it is robust is a must.

Check out our solutions online for a full specification of a camera system that will do exactly that.

Using a camera such as this is not only useful in a Smart City incentive, but also in the creation of a digital twin. Again, using a vehicle that is already on the road, images can be captured to start the creation of digitally conceptualizing a town.

How Else is Data Passively Collected?

Passive data collection takes place by the location tracker on your smartphone or when you sign in to a website and accept its cookies. Both of these passively obtain data from you, your whereabouts, your interests, and preferences on payment type if a purchase is made. There is a lot of data to be gleaned, and often we click ‘yes’ to accept such terms.

Going back to the idea of a Smart City. The concept will only work if data is harvested on the citizens living within it and if feedback on services is provided, so then improvements can be made as required, and it continues to learn.

The Future of Data Collection

Data capture is ever-increasing. Our online presence grows stronger, and so more information is available to gather. A standard passive data collection strategy is often directed towards ‘actionable data’ that will help in decision-making, which can then be used to generate revenue.

To attach cameras to local service vehicles, the objective veers towards the bigger picture, a larger scale of creating a digital twin environment, which can then lead to building a sustainable Smart City.

As mentioned, a Smart City thrives upon the collection of its data, and whether you like the idea or not, the data is already being passively collected from you, running in the background of your daily life.