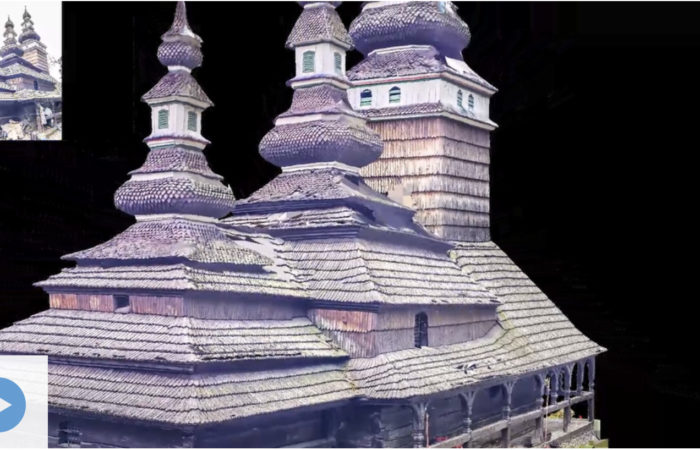 3D modeling and 3D maps can do so much to benefit cities and their citizens affected by wars, catastrophes and natural disasters. Find out how.

There are several huge potentials for the use of geospatial technology such as 3D models or 3D maps to help governments and to benefit their citizens both during and following devastation such as wars or natural disasters. Today we’re going to focus more on the use cases related to wars as we find ourselves, most unfortunately, in the midst of one.

Determining truth with 3D maps and 3D models during a crisis

In the first few days of the war on Ukraine, media outlets and social media platforms were awash with videos and images claiming that there were Russian fighter jets over Kyiv, fires bursting out of tall apartment buildings, and a helicopter firing on citizens in Kyiv. Just as with many postings in this day and age, not everything can be taken for granted.

As we learned in the coming days, many of the images were from different years, different cities or even of different armies.

BBC’s rundown of false images and videos from the start of the Ukrainian War.

Visual forensic journalists in several major news outlets spent hours combing through the videos and images before deciding whether to publish them or not.

One example comes from the Washington Post. Only following hours of review by their visual forensics team, did they deem one video of a burning building as accurate and authentic. They cross-referenced the video with open source maps such as Google Maps and Yandex, looking for anything as small as a street sign, facade of a building or some other significant piece of evidence to prove its validity.

(The above examples of false photos and videos are not to detract from the current horrific situation in Ukraine. But in order that authorities and the world community is able to respond correctly, they must know the facts.)

Read the whole story here of how Washington Post visual forensics team worked out the truth.

This leads to the first way in which a 3D map or 3D model can be beneficial during a war or other crisis event. Of course this requires the 3D model, 3D map, or even Digital Twin of the city or landscape to have been created before the incident occurs, which is no small feat and one which many cities and countries are not prepared for.

Yet, for those who can, having a fully up-to-date, high-resolution 3D model of a city or town can aid governments, militaries and local response teams to fully validate the authenticity of rogue social media postings. By having an up-to-date 3D model of a city, if videos are released, it will be easier to match them with the 3D map and quickly determine if it is true or false.

Google Maps, while the most well-known of mapping platforms, is not always as up to date as many might think. Depending on the location, the maps may be several years old. In addition, Google Street View doesn’t always cover every single alley and lane in a city. Seoul recently collected images of the entire city, covering more ground than Google Maps, Naver, or Daum (South Korea’s more popular search engines).

Having a 3D map purposely created to show an accurate representation of the city allows those in positions of power and authority to have increased confidence. They can more rapidly determine where the danger really is and who is being affected. Rather than spend hours looking at Google Maps, they can quickly react to the situation at hand and send (or not send) help to the places where it is most required.

It also increases the confidence of the international community, who might potentially be interested in knowing the truth, rather than be concerned that they are being duped by bad actors attempting to exploit the system by presenting false footage.

The second use case in which a 3D model or 3D map can benefit governments and citizens is aiding in reconstruction following a war or devastating event (man-made or natural). After many wars, cities and towns are left in literal pieces. Buildings have been destroyed. Large infrastructure and cultural centers reduced to rubble. Important landmarks are no more.

Imagine if a government possessed a pixel perfect 3D model of their entire city, so that they could accurately bring it back to life, in full detail. This is already in use in small scale examples, such as the reconstruction of a single building. Several years ago in Prague, a 17th century church burnt down. It was only thanks to the work of local photographer Jeffrey Martin (also, as it happens to be, Mosaic CEO) that a 3D model of the church using photogrammetry was created. This is allowing local authorities to restore this iconic structure to its original form. The reconstruction is currently in progress.

Cultural education for locals and tourists

While it might not be feasible that an entire city is rebuilt from rubble to its pre-war or pre-disaster glory, there is still cultural and educational value in having an accurate 3D model of a city, which could be used to create a virtual reality experience in which people could revisit the streets and neighborhoods which once stood.

For locals, it is a connection to the past and a reminder that their cities were once beautiful, lively places that hosted thriving businesses, schools for their children, and communities for their families. Photos and videos transport us back in time to idyllic and nostalgic times. Imagine the possibilities of a virtual 3D model which one could access and step back in time, back to a neighborhood where they once walked and lived.

For visitors, travelers, academics, and researchers, 3D maps have the potential to educate those who might never have known of the glory of a city or country. It is an unfortunate truth that so many westerns may never experience the true essence of such places as Damascus and Aleppo, which have experienced horrible destruction in recent decades.

As we saw since the COVID pandemic, many people have begun to travel the world virtually. Virtual / remote tourism makes it possible for people to travel to different parts of the world as well as, potentially, different time periods. We can imagine taking virtual tours from our living rooms, as well as from the physical site in question, even if the buildings no longer exist.

There are already several tools and methods capable of collecting the necessary data to build an entire 3D map of a city. Mapping, surveying, and GIS companies have been doing similar work for years now with different purposes in mind. Many of them are focusing on one part of the larger infrastructure – roads, buildings, powerlines, telecom networks, street signs – without focusing on building a fully encompassing 3D map of an entire city.

This is mainly due to the fact that it is quite an enormous task to take on. The equipment typically used proves to either be expensive or very time consuming.

Chief among them is LiDAR. This technology can be highly accurate and give millimeter or centimeter level accuracy so that absolute measurements of bridges, apartment complexes and roads can be precisely measured. However, it is also a highly expensive form of creating 3D maps and models. In addition, LiDAR does not present images in their true colors and texture, but rather as a point cloud.

Photogrammetry is another technology used for creating 3D maps and models, most often of small spaces or individual objects. Typical techniques require that images be captured in a full 360-degree view and then spliced together to form a full picture. As the images are captured with a camera which presents the subjects as the human eye sees them, the models are true to life regarding colors and textures. However, photogrammetry can be difficult to scale for city-wide purposes.

Aerial data capture via aircraft can also be expensive, and while it provides high resolution images, it does not capture views from streets.

Drones are slightly less expensive than aerial photography but are limited in where they are allowed to fly. And like aircraft, they miss the street-level truth that comes with ground-level data capture.

Large-scale photogrammetry is possible with a high resolution, 360-degree mobile mapping camera, suitable for creating highly accurate 3D maps of large spaces. A mobile mapping camera is able to capture images at a much higher rate than stationary cameras as they are deployed at street speeds and sometimes even highway speeds.

With high quality lenses (geometry), it is possible to capture extremely accurate relative precision of environments based solely on images. This means that measurements based on images have precise accuracy proportional to the other objects in the image.

For many use cases, including for creating a 3D model of a city, this accuracy may be enough. And by merging the image data with GNSS data such as IMUs, GPS, RTK receivers, and even LiDAR, it is possible to satisfy both demands – high resolution images and highly accurate geospatial data.

The Mosaic line of 360-degree mobile mapping cameras are able to create 3D models of large assets at 10x – 100x the rate of traditional methods. The above image (links to a video exhibiting the 3D model) was captured by the Mosaic Viking – the world’s highest resolution 360-degree mobile mapping camera. The entire data for this model was captured in UNDER ONE MINUTE!!!! This is unprecedented and has huge implications for 3D modeling, 3D mapping, VFX, video gaming, films and more.

To learn more about the Mosaic cameras, check them out here or contact us for more details.