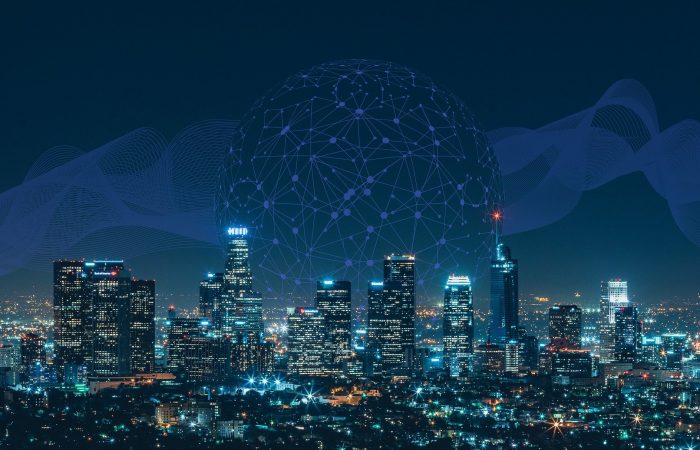 Smart Cities in the World – Big or Small – are Edging Forward

What are Smart Cities

Let’s start off on the right foot and make sure we’re seeing eye to eye. ‘Smart City’ or ‘Smart Cities’ are terms often thrown around without many people truly understanding the true context. While we might have a slightly futuristic and sci-fi fantasy conception in our imagination, in some ways, smart cities are a bit more down to earth than that. But no less impressive and no less necessary in driving us into the future.

The most concise definition of Smart Cities is an urban area which uses a combination of sensors to collect data; the data gives insights to the government; and the government reacts in a timely or immediate manner. But here are a few more details to fill in the how this all happens:

Through the use of thousands of sensors installed throughout the city such as cameras, LiDAR, radar, radio occlusion, motion sensors, and imaging spectrometer, governments can gather data related to:

The major objective of smart cities in the world is to improve the lives of their residents and local businesses by making urban planning decisions and communication which are more enjoyable, efficient and sustainable (environmentally and economically in the long-run). This includes:

What Smart Cities Need to be a Smart City

As noted in the definition of what is a Smart City, there are a few points which Smart Cities need to check off to be considered a full-fledge Smart City:

The most important technologies necessary for Smart Cities are:

As promised in our last article about Digital Twins, we’d like to draw the connection between these two (sometimes) overused or overhyped terms. Both of these terms are thrown around a lot quite often in politics and the media without proper context or understanding.

As we explored in our previous insight into Digital Twins, a digital twin is, ‘the effortless integration of data between a physical and virtual machine in either direction.’

This ties in very nicely with the efforts to develop a Smart City, as ICT and IoT allow for the intercommunication between the real world and the digital twin. And with this reciprocal relationship, governments are empowered to react quicker and with better understanding of the population within the city and the services needed. They are able to take the information they collect and test, simulate, predict, and forecast new methods of urban life, for the betterment of residents and the infrastructure around them at a faster pace than ever before.

Urban planning can become one based on the most recent data affecting the layout and usage of the city. Governments are and will be able to reimagine urban planning in regards to population growth and make decisions about how and where to build or maintain infrastructure such as

In short, Digital Twins are a living testbed with which governments can test scenarios, as well as analyze and learn from the environment for efficient energy use, land use, and time saving techniques.

What are the ‘smartest’ Smart Cities in the world?

There are a significant number of researchers, organizations, and academics who spend a considerable amount of time defining the factors necessary to then rank the ‘smartest’ Smart Cities.

We did not and do not want to even begin to try and compete with the likes of the Global Cities Index, Financial Index or Quality of Living City Ranking because we’ll leave the professionals to do their jobs, while we do ours (check out more about Mosaic here).

We will only point you in the right direction if you are looking for a complete listing according to highly analyzed data.

One of the most well-known of these indicators is the highly-acclaimed  IESE Cities in Motion Index (CIMI), which for 7 consecutive years has been ranking Smart Cities of the world. They recently scored 174 cities across 80 countries, using 101 indicators, which fall into one of 9 dimensions: environment, governance, social cohesion, international projection, technology, urban planning, mobility and transportation, human capital, and economy.

They offer some great insight into where these cities are geographically distributed across the globe. As you can see, most of the cities congregate in Europe, with small pockets in eastern Asia as well as both the Atlantic and Pacific coasts in North America.

Below is a compilation by IESE of some of the more notable ranking indexes compared to the CIMI ranking system. Many of these studies and analyses have likely invested hundreds of hours and thousands upon thousands of dollars in determining which smart cities of the world deserve to be in the ‘Top 10’ or ‘Top 50’ or even ‘Top 100’ Smart Cities. So definitely take a look at their selections if you are looking for the smartest cities in the world.

You will note that many of the same cities show up in multiple indexes, which is to be expected and confirms that those cities belong in those lists. The most frequent occurrences are London, New York City, Paris, Tokyo, Sydney, Copenhagen and Singapore.

Another good source is Smart City Governments which has published a very extensive list of the top 50 smart cities for the years 2020 and 2021. This is a brief look at their top 10:

This ranking system shows you how they determined the final ranking, with such factors as leadership, budget, and smart policies. At the top of the list is Singapore at number one, followed by Seoul, London, and Barcelona.

Examples of Smart Cities in the World

We wanted to take our time (and your time too) to highlight some lesser-known smart cities of the world, rather than the ones that always garner attention. These cities have been working hard to implement Smart City solutions of varying degrees, preparing their urban zones for the future and improving the lives of residents and businesses.

So rather than a ‘Top 10,’ we’ve decided to bring you one example from each continent in the world. Going with the American standard, we’re counting 7 continents but as Antarctica doesn’t have any cities, we’ve selected an additional one with a special meaning for us here at Mosaic. Stay tuned till the end to find out which one and why it made the list.

(we couldn’t resist and went with our lucky number ‘51’ for the Mosaic 51 camera, the first in our line of 360-degree cameras)

And there you have it – 7 Smart Cities in the world which are making their urban areas more interconnected between citizens and their governments, improving the efficient use of energy and infrastructure, and creating more sustainable environments.

If nothing else, COVID-19 made us aware how important it is that we have Smart City features in place so that citizens can easily access certain resources. Many families found themselves without adequate WIFI for their children to study from home. Migrants saw their paperwork put on hold while applying for visas or residency permits because many government offices worked strictly by visiting in person. And governments often found themselves without the means of efficiently communicating to their citizens the latest updates to coronavirus measures.

Many of these issues and more could have (and have since) been solved by future implementation of smart city ideas and technologies. Hopefully our cities will be better prepared if and when the next global pandemic arrives.