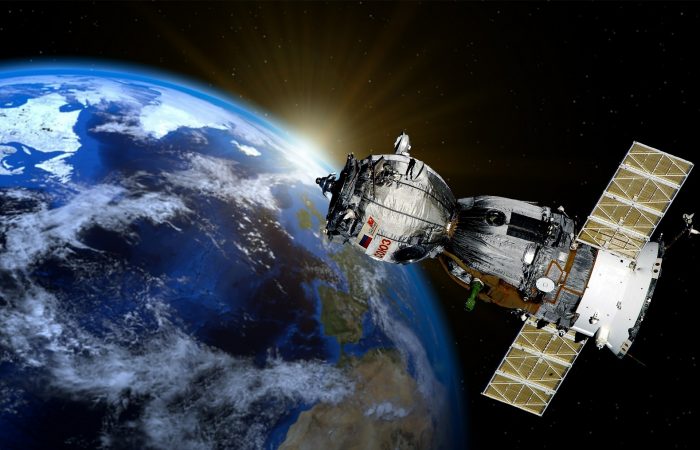 GPS Accuracy and GPS Drift – Should you rely on it anymore?

The Truth about GPS Accuracy and Where We Go From Here

Is one of the most widely-used systems in the modern era which literally helps us find our way in the world worth all the hype? Just how accurate is GPS? Like many other common abbreviations and acronyms, perhaps you have spoken those 3 letters – GPS – dozens or even hundreds of times without considering what it means and where it came from. All you know is that it gets you from point A to point B, usually fairly accurately and in a decent amount of time. And while many consider it to be a highly-prized technology, there are those who disagree. Let’s dive into what GPS is, GPS accuracy, and the factors that lead to GPS drift.

GPS stands for Global Positioning System and is one type (of many) of GNSS (global navigation satellite systems). It is owned by the U.S. government and operated by the U.S. Department of Defense. GPS and other GNSS provide geolocation and time information to a GPS receiver anywhere in the world. The caveat being that it must have an unobstructed line of sight of at least 4 satellites, and more if possible.

The technology first launched in 1978 after 5 years as part of a D.O.D. project. Originally built exclusively for military purposes, GPS transitioned into mainstream usage in the 1980s under President Reagan making the technology and the data acquired from it accessible to all citizens.

What is GPS used for?

Since that time, GPS uses can be summarized into three basic solutions: absolute location, relative movement and time transfer. Most of us are probably familiar with a combination of these 3 which tell us where we currently are and where we are moving along our route. We can share our location with a friend over Whatsapp or Facebook’s Messenger app, or we can calculate the time and distance to our destination and follow the Uber driver to make sure he is taking the best route home.

But there are so many other interesting ways in which innovative and creative individuals utilize this readily available technology. From tracking our pets’ activities while we’re away from home, to criminals on the run from police, to shark attacks, GPS’s usefulness cannot be mistaken.

Yet, it doesn’t come without its downsides as well. As our world becomes more digital and our cities smarter, engineers and creators in the field of AI, ML, and AR are looking for something better than GPS.

“Why” you ask? Well, because to be quite frank – GPS isn’t all that accurate.

What is the best GPS accuracy?

GPS needs the assistance of at least four satellites in order to properly solve the equations which eventually spit out your current location. The message each satellite sends contains the time of transmission (TOT) of the code epoch (in GPS time scale) and the satellite position at that time. The final message includes a combination of three position coordinates, as well as a clock deviation from satellite time for the final output.

However, if there are any barriers, such as mountains or buildings in the way, or if you are in a tunnel or going under a bridge, there is a high likelihood that your GPS coordinates will not be as accurate as you might like. And of course, both indoor location and navigation are nearly impossible.

Yet, there’s something else to take into consideration when considering GPS accuracy. The URE is not the same as the user accuracy. The former refers to what is being sent, while the latter refers to what is being received. Other factors in the environment can impact the user accuracy, such as atmospheric conditions, the receiver design and quality, and signal blockage.

Still, many might say, ‘Hey, 95% is really high, and 7 meters is pretty good. Plus, it’s usually better than that. Even less than 1 meter.”

But if you work in a field where every centimeter, millimeter or fraction of an inch counts, then ‘no’ that level of accuracy is NOT enough.

For companies designing and developing self-driving cars, they need their cars to know the exact position at all times. They cannot be off by a foot or two here or there. Since eventually we hope (at least some of us) that we won’t be driving ourselves in several years, our cars will need to be ultra precise. There will not be any room for error.

The same goes for architects and government personnel who are creating Smart Cities which depend on interconnected devices offering the most current, up-to-date, and accurate information at all times.

Many industries such as real estate, insurance, and utilities use a combination of sensors, including GPS, to appraise assets such as buildings, homes, commercial real estate, and utility poles. A lack of extremely accurate GPS data can affect their efficiency and eventually their resources.

Coming full circle, militaries around the world depend on GPS to find targets, no matter the conditions, also for reconnaissance, and missile and projectile guidance. Hence, quite literally, GPS accuracy is a matter of life and death.

How accurate is military GPS?

Speaking of the military. The official GPS website from the U.S. government claims that they do not ‘degrade’ GPS accuracy. Or at least, they have not since President Clinton passed the law in 2000.

So, the military GPS is no more (or less for that matter) accurate than GPS available to the public. However, the military is more likely to use two GPS frequency receivers, while the average civilian receiver only has one frequency.

What about GPS accuracy for iPhones and Androids?

Smartphones can offer GPS accuracy of about 5 meters outside and about 10 meters indoors. So once again, not too shabby by any means, but still not ultra precise.

There are settings within most phones that allow GPS accuracy in Androids and iPhones to be at the top of its game, and give the best possible reading of your present coordinates.

What is more accurate than GPS?

Remember, GPS is only one of many types of GNSS. Other countries who are concerned that the U.S. has such absolute control over GPS have set out to create their own GNSS in the last several decades.

…[twenty-four] functional satellites of GPS is for the entire globe, while 7 satellites of IRNSS is covering only India and its neighboring countries. All these 7 satellites will be visible to the ground receiver all the time.

Of course, the geography being covered is limited to India and the surrounding countries, but it’s a good start. And those located in those countries could certainly be switching to IRNSS if they haven’t done so already.

Between NavIC (as it was affectionately coined by Prime Minister Modi) and the recent opening of geospatial data for public access and use, India could be a major challenger in the localization and mapping fields in the not-so-distant future.

As previously mentioned, there are some environmental factors which can get in the way of the GPS signal, as well as some technical factors.

Environmental factors that cause GPS inaccuracies:

Technical factors that cause GPS inaccuracies:

What is GPS drift?

One of the more commonly known inaccuracies in GPS is called ‘GPS drift.’ Simply put, it is the difference between where you are and where your GPS receiver believes you are. It quickly literally looks like you are drifting off of your intended route.

You’ve definitely experienced it before. You are looking down at your phone or the navigation system in your car and your screen says one thing but you know that it’s not quite right. That’s drift.

GPS drift is most often caused by reflections or shadowing on an image. It can also be due to atmospheric conditions which alter throughout the day, being most pronounced in the early morning or late afternoon. Due to the sun’s low angle relative to the atmosphere, there is more atmospheric interference.

Once again, for most people, GPS is a perfectly acceptable way of tracking their runs or bike rides, or getting to the client’s office on time. But for many industries, they can no longer accept the slight inaccuracies that come from GPS.

So they have a few choices. Hope that the U.S. government decides to upgrade GPS in the near future. Or look somewhere else for a tool or service that can provide more accuracy.

Stay tuned for our next article to learn about the new up and coming technology that is set to blow GPS out of the water. Subscribe below to know as soon as it is published.

SUBSCRIBE
PrevPreviousWGI’s Geospatial Team Announces Integration of LiDAR and Mosaic 51 Camera
NextAlternative to GPS: How to Get Better Accuracy with ImagesNext