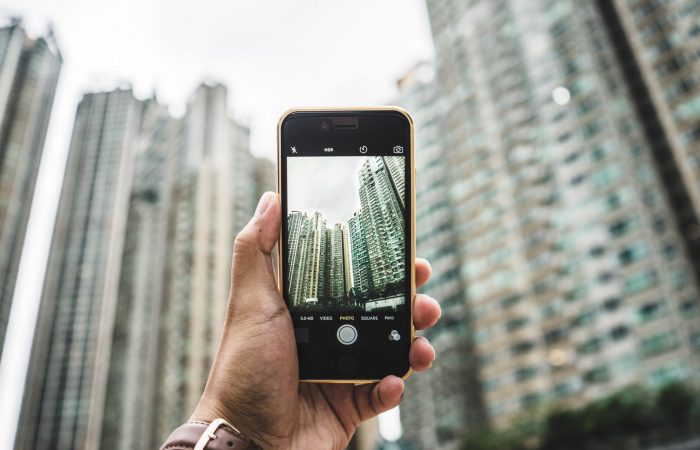 Alternative to GPS: How to Get Better Accuracy with Images

What is an alternative to GPS? With the advent of cameras, is the ubiquitous yet unreliable/inaccurate GPS on its way out?

Is there an Alternative to GPS ?

Yes, there is an alternative to GPS that is rising in fame, favorability, and calibre. It has been coined, VPS – ‘Visual Positioning System’ or CPS – ‘camera positioning standard’ by some. Rather than relying on geospatial referenced data, it works with images or visual data.

When we consider how humans see, think and interact with our environments, then we can see the introduction of these technologies as the way in which we and our technologies are becoming more and more similar.

For some, that is sure to scare them. But others are taking the bull by the horns and finding innovative ways to adapt VPS and CPS for their industry’s challenges.

This is Part 2 in a series about GPS accuracy and where we go from here. In Part 1, we discussed just how accurate (or inaccurate) GPS can be. If you haven’t checked that out yet, it might help to understand why the most common form of GNSS is not the most accurate and how that can affect a lot of leading industries.

Or if you prefer the synopsis, have a look below for a short summary:

Why do we need something besides GPS?

As an abridged version of the previous article in this series:

So what can we use instead of GPS?

The main benefit as they saw it was to improve the positioning accuracy via the use of photogrammetric 6DoF (degrees of freedom) pose estimation method, allowing for higher accuracy in cities, as well as indoors and underground.

Fast forward a decade and their research has proven to be on the right track. There are an array of companies working on creating an alternative to GPS, mainly VPS and CPS technologies, for higher positioning navigation and positioning, both indoors and out.

What are VPS and CPS?

Visual Positioning Systems and Camera Positioning Standard are technologies which rely on images rather than geographical coordinates. Through a single image, the technology can determine the position and orientation along 3 axes, from the point of image capture.

It also allows the images taken from a mobile phone or scanned with a robot’s camera sensors to interact with the surroundings.

This means that the average human being with a smartphone can snap a few photos from within a mapping platform (such as Google Maps), and can learn about his or her environment with higher accuracy than GPS, such as the nearby shops and businesses. Or gain the confidence that they are really going in the right direction through visual clues.

Or if it is a robot taking the photos, the robot’s sensors will gather the imagery data and utilize that to steer itself around corners, across bumpy roads, and around warehouse shelving units.

What you need for VPS and CPS

How VPS and CPS Work

Benefits and Uses of VPS and CPS

Humans are visual people and we also want our technologies to see like us. With a visual method of interacting with our environments, we are allowing software and hardware to work with us in a way that is more understandable and comprehensible to us. There are a good deal of advantages to these over GPS, which we have listed below. And the uses are varying and extensive. See the full list below.

Advantages to using an alternative to GPS

Uses of VPS or CPS

Here’s an example of how Fantasmo paired with TIER, a scooter sharing service in Paris to ensure that users are parking their scooters in designated areas:

Who is leading the way in VPS?

As always, Mosaic is extremely interested in the latest technology and the possibilities they bring to us – and we mean humankind, not just Mosaic 😉

We do believe that VPS and CPS can offer an alternative to GPS, thereby providing a more attainable way of mapping the world for companies large and small, as well as more accuracy in industries where it matters.

And we do believe that, as leaders in the field of 360 mobile mapping cameras and data collection, we can be a part of the process of creating the HD maps which are the necessary backbone of these technologies.

So if you are in need of such services, be sure to reach out to us to learn more about the most robust and high resolution 360º mobile mapping cameras and mobile mapping data collection in the world.

CONTACT US
PrevPreviousGPS Accuracy and GPS Drift – Should you rely on it anymore?
NextMosaic at InterGeo 2021 and beyond – taking to the streets and the skiesNext