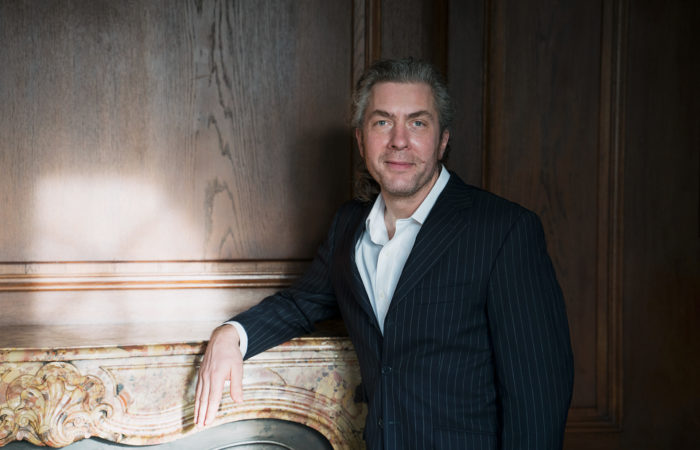 Last month, Mosaic traveled to Denver, Colorado for Geo Week 2022. While there, our CEO and founder Jeffrey Martin was interviewed about our line of 360-degree mobile mapping cameras.

Despite being in the data and image capturing business, we don’t have too many of our own videos to share, so this is a great opportunity for those interested in seeing the camera up close and personal (via your screen) as well as hearing directly from our CEO.

Check out the full video

The full article from Geo Week “Highlighting the Urban Surveying & Mapping Capabilities of the Mosaic 51 at Geo Week 2022” can be found here.

See all the details

Mosaic was also featured in Geospatial World Magazine, one of the leading geospatial domains, addressing current and relevant issues. Martin was highlighted in the Annual Leader Outlook section, which includes other innovative and well-known industry leaders such as Esri founder and president, Jack Dangermond, Hexagon CEO Ola Rollen, and Dr. Stephen Volz, from NOAA, Satellite and Information Systems division.

The article by Martin is called “Connecting Two Worlds” and yes, while slightly cheesy, Martin makes several valid points about how there are so many possibilities of connecting the real world and the digital world, but there are also many challenges in doing so.

Until personal AR devices are able to properly map our surroundings, HD/3D/360º mobile mapping will play an essential role in merging the physical world with the new world we are imagining.

The article touches on such issues as the advances in automation in some aspects, but how some industries have yet to catch up or adopt emerging technologies such as digital imaging, LiDAR, artificial intelligence which have the potential to bring huge economic benefits for those willing to take the necessary steps forward.

He explains how while there has been an increase in the amount of data, and even better data for technologies such as HD mapping, the collection process produces a tremendous quantity of data.

This is where Mosaic comes in.

We are striving to image the world in unprecedented detail at the highest possible speed, with minimum user requirements in terms of setup, operation, and data management.

Another major problem is who is collecting this data and who has access to it. There are a lot of companies and governments who end up collecting data (such as street-level images) of the same cities, towns, and communities, thereby doubling efforts and costs. The idea of a ‘federated solution that could allow all parties to benefit, while allowing the users to still compete meaningfully” is something to consider for the future.

Place, whose mission is to create maps that are “open, reliable and accessible and place them in a perpetual legal trust, to serve the public interest,”  is working on something similar to this solution, so check them out if you are interested.

One of the other issues covered in the article is how the use of mobile mapping with 360-degree cameras, in lieu of to OR in collaboration with laser scanners, LiDAR, drones, and aerial images, can offer a wealth of information about the world around us.

There is also of course mention of the Metaverse, because what article these days does not mention such a top topic?

Read the full article here on the Geospatial World Magazine (SKIP TO PAGES 46-47).