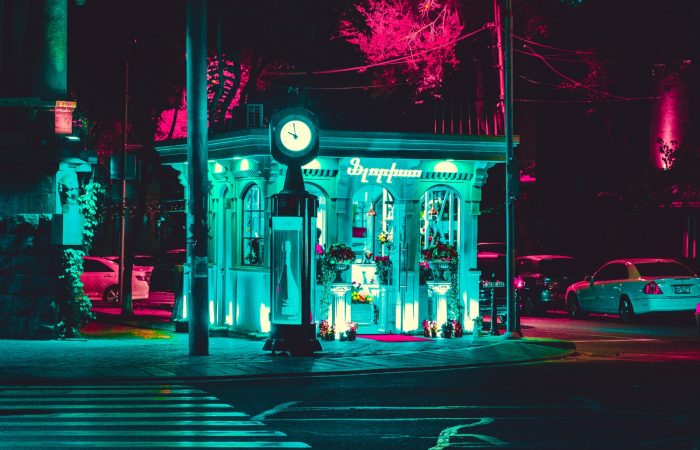 What is LiDAR, how does it work, and what is it used for?

Laser imaging, detection, and ranging has and is still revolutionizing everything from self-driving cars, to surveying, to 3D scanning. Explore what is LiDAR and it’s incredible potentials.

Essentially, LiDAR is a remote sensing method which acts as a special type of 3D camera, telling you exactly how far away every pixel within an image is from the viewer. In the picture below, the red pixels are closest, the yellow ones are further away, and so on. The color mapping allows for dimension and depth to be added to a 2D image in a measurable way for computers and robots to perceive the distance. These 3D images or ‘point clouds’ are what enable the creation of high-definition images and maps.

What does LiDAR stand for?

The name, spelling, and definition of LiDAR vary slightly. You can find up to four ways of writing the name: LiDAR, lidar, LIDAR or even LADAR. And there are two general consensuses about the meaning of the acronym: ‘laser imaging, detection, and ranging’ or sometimes also written as ‘Light Detection and Ranging’.

LiDAR technology was first developed in 1961 shortly after the invention of laser technology. Its development is attributed to Malcolm Stitch, who was working for the Hughes Aircraft Company at the time. Originally intended for tracking satellites, the first applications centered around meteorological uses such as measuring clouds and pollution. It later gained public recognition 10 years later during the Apollo 15 space flight, in which LiDAR was used to map the surface of the moon.

Since that time, the use of LiDAR has been extended to a wide variety of use cases and industries including aiding in the creation of high-resolution maps for surveying, archaeology, and in navigation for self-driving cars. (see below for more details)

How does LiDAR work?

Okay, so let’s get down to the technical aspect of how LiDAR works. A device which contains a LiDAR sensor is composed of 4 parts: a laser, a scanner, a specialized GPS receiver, and IMU (inertial measurement unit). These parts work in tandem to collect data necessary to create high-definition images and maps.

LiDAR works by shining a laser at an object and measuring the time it takes for the light of the laser to come back. It is often described as a ‘pulsating laser’ which measures the distance between the device and the surrounding objects. The distance is calculated using the time it takes for the laser to return, using the velocity of light. This is sometimes called, ‘time of flight’.

Many LiDAR sensors can do this hundreds of thousands or even millions of times per second. Some can do it with a narrow angle of view, and some can do it in 360 degrees by 90 degrees. With each ‘return’, the 3D scanning process creates a 3D visualization, which is known as a point cloud. By combining these points with other data generated in the collection process, an accurate, three-dimensional interpretation of the surrounding area, such as the shape of the earth or surface characteristics, is made.

What is LiDAR used for?

Since its development, the uses for LiDAR technology have expanded beyond its original intent and is now utilized throughout an extensive range of industries and companies. It has found uses in everything from oceanography, agriculture, transportation, and even in some of the newest versions of iPhones.

It is possible to survey both land and bodies of water with LiDAR technology. Topographic and bathymetric LiDAR are used to survey and create highly accurate maps of both land and underwater elevations respectively. Both DTM (Digital Terrain Model) and DEM (Digital Elevation Model) are made possible through LiDAR, with accuracy to 50 mm. Hydrographic surveying can have a vertical accuracy of 15 cm and a horizontal accuracy of 2.5 m of depths up to 40 m.

LiDAR is allowing mapping professionals to investigate and gather information regarding natural and man-made environments with greater accuracy, mobility and precision than ever before.

Those in the field of archaeology have found various uses for LiDAR, while planning field campaigns, creating maps that are hidden beneath canopies or other forms of vegetation. The discovery of such sites as the “City of the Money God” in Honduras and the revelation that an ancient settlement in Michoacán, México once held as many buildings as can now be found in Manhattan are both due to LiDAR technology.

Some, but not all (see why Elon Musk and Tesla are NOT using LiDAR below) autonomous vehicles are putting LiDAR instruments to work. Due to the ability to form 3D maps by detecting the distances to objects in its vicinity, this technology allows self-driving cars to sense or ‘see’ these objects and react accordingly. LiDAR is the equivalent to eyes for driverless cars, which can note the object, such as a person or another car, and avoid possible collisions.

This might be one of the most important aspects for autonomous vehicles so that they can safely transport themselves and their passengers on the road.

LiDAR technology is also able to detect more nuanced objects such as the painted lines dividing lanes of traffic and road features.

LIDAR provides fast and reliable 3D data without the need to process photos with photogrammetry software, which is very expensive and time consuming.  It provides a “ground truth” in terms of 3D data that allows mobile mappers to more quickly map streets and obtain accurate geometry at a large scale.

The final episode of ‘Game of Thrones’ can thank in small part LiDAR technology from Teledyne Technologies, which allowed for a detailed 3D representation of Dubrovnik. It is being used throughout motion pictures due to its ability to create scans of buildings or even entire cities in 3D.

Photogrammetry is the technique of using images to create measurements and 3D models. While traditional photogrammetry was invented by using only photographs, as additional sensors have become available, they have made photogrammetry easier and more efficient. This is especially true for LiDAR (as well as other laser-based devices such as structured light projectors for example).

Scientists and forest management are able to put LiDAR tools to use when gathering information regarding canopy heights, biomass measurements and leaf area. Airborne systems can estimate and assess the biodiversity of plants, fungi and animals.

The efficiency and unobtrusive nature of this form of data collection means that there is less chance of harming the nature that is being observed.

While militaries are notorious for attempting to maintain details of their technology as classified, there are several known military applications. In 2010, a robotic Boeing AH-6 used LiDAR to fly solo and avoid obstacles. There are stealth nuclear cruise missiles such as the AGM-139 ACM and a counter-mind Airborne Laser Mine Detection System (ALMDS) which both use LiDAR technology.

There are many companies making LiDAR sensors, including:

The first and the original LiDAR company. This Radiohead video was the first appearance of LiDAR data in popular culture.

Founded by former Velodyne engineers. Ouster LiDARs are smaller, cheaper, but similar in performance to Velodyne lidar. They are a bit more noisy however.

Teradyne is a developer and supplier of automation test equipment for their industrial clients such as Samsung, Qualcomm, Texas Instruments and IMB.

Not to be confused with the previously mentioned Teradyne, Teledyne Optech specializes in producing digital imaging sensors, cameras, and systems for their clients who hail from aerospace, defense, pharmaceutical, environmental markets and many more.

Some of the other leading companies are: Riegl, Microvision, Luminar, Topcon, Sense, Intel RealSense, and Hesai.

Costs – who can afford LiDAR?

Waymo, a leader in autonomous vehicles has built an in-house solution which brought the cost down from $75,000 per unit to a ‘mere’ $7,500 per unit.

This might be why Elon Musk hates LiDAR and is not making use of it in Tesla vehicles. Despite the fact that SpaceX uses LiDAR to navigate to the Space Station in order to dock the spaceship.

Apparently Tesla is the only car company who is not currently taking advantage of such technology in their self-driving car stack. Ford, Waymo, Lyft, BMS, Volkswagen, UBER, GM, and Toyota all use LiDAR in their autonomous vehicle research and development.

While it’s easy to discount or reject Tesla, they do have the habit of proving people wrong, even if they might be a few years late doing it. They have also designed their own silicon specifically for self-driving, and they are perhaps 5 years ahead of all of the other car companies with self-driving capabilities.  So Tesla might be perfectly able to come up with a solution for self-driving that does not include LiDAR.

But the real truth is that for Tesla, who are actually trying to deliver a self-driving solution at scale today, LiDAR is simply too expensive. That’s all – it’s too expensive and it’s not a choice for them to put it in their cars today, so they can’t use it. If a decently priced system that would serve their needs today cost $100, would they use it? Maybe they  would.

The biggest benefit that LiDAR technology offers its user is the high resolution and accuracy of the image or map that it creates. When creating topographic maps, every millimeter counts. The autonomous vehicles of the future, everything from self-driving pizza boxes to cars to trucks to trains and planes all need to have maps which account for each and every variation in the Earth’s surface in order to accurately prepare for future trips.

Another added benefit of this technology is the real-time visualization, which allows for object detection and reaction to that detection. This is paramount in self-driving cars, to avoid objects, as well as remote landing operations for autonomous spacecraft landing such as the SpaceX spaceship landing at the space station.

This and other technologies are coming together in a wide range of products around the globe which are leading us to a new form of living. One in which machines, robots, and vehicles are better able to understand and interact safely with their environment.