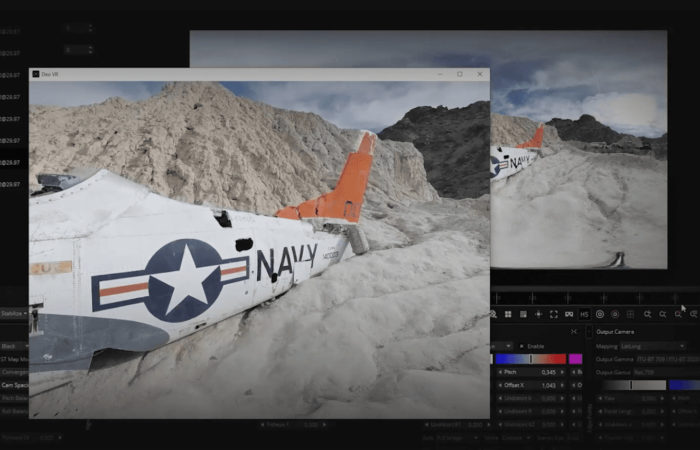 How to create VR ready experiences with 360 videos? With 360 video stitching software for Macs and PCs

What is 360 video stitching software?

360 video stitching software is used to create 360 degree panoramic videos from photos which were captured with multiple cameras or from one camera but at multiple angles.

How are 360 degree videos used?

360 degree videos are becoming increasingly popular, as they offer a more immersive experience than traditional videos. The most common and popular uses for 360 degree videos typically include virtual reality (VR), education, marketing, and entertainment.

However, there are a variety of other industries that need 360-degree videos in order to enhance their workflows and allow for more efficient look-back opportunities. This includes the telecom and utility industries who use 360-degree mobile mapping cameras or similar systems to capture data. They can then process this data into stitched, 360-degree videos and revisit neighborhoods, towns, and cities where they are working. Being able to drive a street once and then look back at it whenever necessary or compare the change in streets and infrastructure is also vital for real estate companies and insurance agencies.

Many mapping and surveying companies likewise capture data once, stitch it together and use it over and over again. They can run AI algorithms on the videos to count road signs, detect cracks in the road surfaces, and determine where new stop lights should be added.

How does 360 video stitching software work?

This incredible technology allows the user to input all of the images from the camera(s) and with a few clicks of the mouse get a 360 panoramic video. Of course there is some waiting involved depending on the number of images, the quality/resolution of each image, and the power of the software as well as the machine doing the processing.

When you stitch a 360-degree video, you’re stitching together videos from multiple cameras with overlapping fields of view. To ensure that there are no blind spots in the final 360-degree video, each of the videos must have overlap. It’s critical to cover all angles to prevent any problems when combining the recordings together.

Each one of these videos is then stitched together to cover a 360-degree by 180-degree field of view. Just think about what it would be like to put together a 3D puzzle. If you don’t have all of the pieces, there will be a visible gap.

What are the top 360 video stitching software?

These best 360 video stitching software programs can be more or less user-friendly and allow you to create great looking 360 degree videos with ease.

What Features Should 360 Video Software Have?

There are a few things to consider while choosing the program for your project.

First: Is it compatible with the camera you’re using? Is there a limit to how big or small your videos can be, for example? What about file types and sizes (MPEG-wrapped easy import is always preferable)?

Second: will you need to purchase or acquire additional add-ons? Are there other features that you should be aware of before purchasing?

Third: Is it difficult for you to utilize and modify the 360 video stitching procedure with their user interface? Is it simple enough that even if you’re a beginner, you can complete your task without getting a degree in order to learn the tools?

Last but not least: how much does it cost? Is it worth paying for features that may be superfluous or entirely unrequired during video stitching?

*A heads up to something we noticed when doing this research: many lists include several FREE or much more user-friendly pricing options for 360 video stitching software. But nearly all of these lead to dead ends or misleading links.

Several other blogs mentioned in particular these two:

There hasn’t been anything updated in several years about these two. Any links offered were bogus or lead nowhere. So if you’re reading any other lists of ‘best 360 video stitching software’ don’t be led astray!

The only FREE stitching software we could find is:

Vidstitch is a video stitching app, the only mobile app to make the list. Due to its nature it is much less powerful and contains many fewer features than the others that are coming in this list. But it has its advantages.

StereoStitch is a real-time 3D / 360 video stitching software for all post–processing such as stitching, color correction, stereo or 3D generation are completed in a single super fast process.

Adobe Premiere Pro allows you to add some cool features to your videos for additional customization. There are professional templates or you can customize your own animated graphics and title, shift colors to suit your mood, work with audio tools and music tracks.

Mocha Pro is a leading software for planar tracking, rotoscoping, object removal, stabilization, and mesh tracking. Mocha has received numerous prestigious Academy and Emmy Awards for its impact on the film and television industry owing to its importance in VFX and post-production.

Adopted by the global VR community, Mistika VR allows you to create truly immersive content and obtain exceptional results in just a few simple clicks. It’s award-winning Optical Flow Technology allows you to quickly stitch 360º/180º media and manipulate every aspect of the stitch to deliver high-quality results no matter the difficulty of the project.

As seen above, there are several options for feature-rich 360 video stitching software. Here at Mosaic, we’re partial to Mistika VR. We have been using them since the early days of development for testing the data our range of 360-degree mobile mapping cameras captures.

We’ve found it powerful, and very easy to work with. This is why we’ve always felt comfortable recommending it to all of our Mosaic customers.

Mistika VR provides the best stitching for our cameras and does it at an optimal speed, utilizing properly all computation resources, including GPU.

Mistika recently reached out with an offer to all new Mosaic customers – a FREE 90-day trial of Mistika VR to see if it’s the right solution for them. Find more information about our cameras or how to get your free trial.