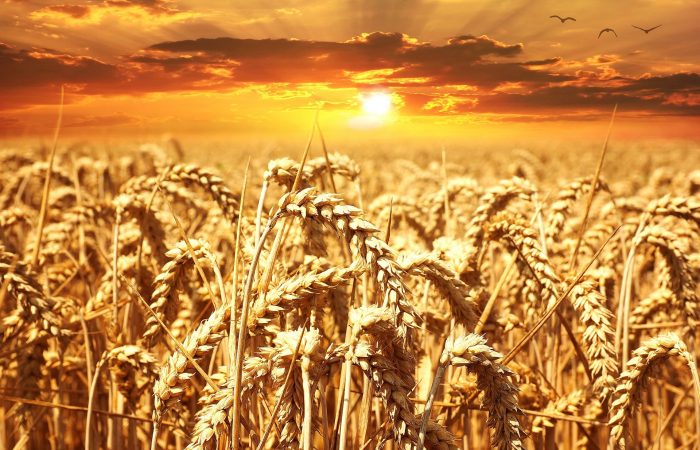 The Best Camera for Agriculture and Crop Inspection

Despite the incredible speeds at which the world is changing, some things have not changed – the need for human beings to eat. Even with all that AI and IoT have brought to humankind, we all still need to eat on a daily basis in order to continue making further advances in AI and IoT. What has changed in the field of agriculture is the way in which we farm and the resources that we use.

Previous Agricultural Revolutions – Our Past

The First Agricultural Revolution happened nearly 10,000 years ago when our ancestors moved away from hunting and gathering to a more settled, agrarian way of life. That lifestyle persisted for the next 10,000 years, hardly without change. Large portions of the populations across the world were farmers, producing enough food for themselves, their families and the nearby communities. Rarely were their goods shipped more than a few miles down the road.

The Second Agricultural Revolution occurred in tandem with the Industrial Revolution in the 18th and 19th centuries in which new technologies began to take root and allow for an immense increase in farm productivity. It was also one of the leading causes of the exponential growth in populations.

The Third Agricultural Revolution, also known as the Green Revolution, happened less than 100 years ago. This included the use of chemical fertilizer, pesticides and hybridization, all of which led to an even more drastic flourishing of populations throughout the world.

The Current Agricultural Revolution – Our Future

The latest advances in agriculture involve AI and IoT have incorporated machine learning and data analytics into a sector of our lives that previously was natural and wholly organic. In this newest stage of development, we humans attempt to use up-to-date, highly precise data to drive our decision making processes, with the ultimate goal of operating as cost-efficiently and productively as possible while at the same time, being mindful of the environment around us.

This is no small feat by any means and several solutions have arisen in the last decade or so. Those in the agricultural sector have sought solutions by combining various forms of technologies, mainly consisting of a camera for agricultural image gathering, alongside sensors such as GPS, LiDAR, and infrared cameras. This melding of images from an agriculture camera system with geospatial data has led to a superior form of data collection, one which is highly sophisticated and precise.

One of the most well-known among those is the use of UAVs (unmanned aerial vehicles), or more commonly known as drones. However, while being the most ubiquitous, they are not necessarily the best solution for farmers, as we’ll see in a bit.

Another system often implemented is aptly named ‘near ground remote sensing system’, a stationed ground-based surveillance and monitoring system, consisting of a mechanical structure, a power supply and control parts, and onboard application components.

Both of these systems share many similarities and aim to accomplish many of the same problems: identify insects, crop diseases and nutrient deficiencies, as well as take inventory of livestock and crops. However, both have their limitations and there is something, quite literally ‘in the middle’ which solves problems experienced by both systems.

But before we get into this incredible, new solution in agriculture camera systems and smart farming, let’s look at and acknowledge the current uses and benefits of drones and near ground remote sensing systems in the agricultural sector.

Since their advent into mainstream culture, drones have gone from a military device to a recreational toy to a highly functional form of monitoring and collecting data for a whole host of sectors, including of course – agriculture. A study by PriceWaterhouseCooper published in 2017 found that the total market value of drone-powered solutions was estimated at $127.3 billion; and following infrastructure, agriculture was the second leading industry at $32.4 billion.

Due to their easy maneuverability, they have become a popular means of surveying farms, including both livestock and vegetation. There’s a list of some of the tasks these remote sensing devices have taken over from humans in recent decades:

The data collected with UAVs and near-ground remote sensing systems have accomplished a great deal, helping to advance agriculture as we know it. Farmers today are better prepared and knowledgeable about the conditions of their livestock and crops, allowing them to make better informed decisions when deciding where to send their cows to graze, where to water and how much water to give to a particular parcel of land, and which field is in danger of being attacked by a swarm of pests.

The benefits can be summarized into three categories: efficiency, effectiveness, and environmentally-friendly.

Drones, UAVs, near-ground remote sensing technologies are all much more efficient than human beings in capturing and storing data. They can operate more quickly in the case of drones, operate for longer periods of time in the case of near-ground solutions, and all have the ability to capture and store images, data, and insight for future use.

One case study found that an agricultural leader using drones accelerated plot-based plant measurements by 2.5x and improved accuracy by 25% compared to hand counting. In addition, they were able to survey full plots instead of sampling 10% to 40% of the field.

Another case study found that gathering data by remotely powered vehicles led to a 10% increase in crop yields on average.

There are many eco-friendly and environmentally-friendly benefits which surface through the use of remotely-powered image and data collection information.

Efficiency and effectiveness often lend themselves to a more ecologically sustainable method of farming. With more accurate knowledge about the current state of their fields, farmers can make decisions about where to properly irrigate, nourish or protect crops according to the specific needs of individual plants.

By surveying their land more regularly, they will more quickly identify potential risks and be able to mitigate those risks with rapid recourse rather than discovering too late.

Ultimately, the goal of the vast majority of farmers can be assumed to be profitability, but most would argue that profits only come from effective, efficient and eco-friendly methods of farming.

A Better Solution for Agriculture Inspection and Maintenance

While drones and stationary remote sensors have both increased farmers’ yield, helping to increase efficiency and effectiveness while reducing waste, there are many disadvantages to these two systems.

The disadvantages of drones in agriculture inspection

The disadvantages of near-ground level systems in agriculture inspection

The one solution for all agriculture inspection and maintenance

A camera for agriculture inspection and management mounted on ground-based rovers is the perfect marriage of the two previously mentioned solutions. The Mosaic 51 is one option for an agriculture camera system. By providing a stronger, more durable solution to drones and a more versatile solution to near-ground based systems, the Mosaic 51 offers farmers the best camera solution for data collection.

This 360-degree camera consists of 6 12-Megapixel image sensors which can be mounted atop a moving vehicle, most typically a standard car (self-driving cars as well), but also on UGVs (unmanned ground vehicles), such as ground rovers, or other farming equipment which can transverse fields.

The Mosaic 51 camera is the next step in the development and usage of truly high performing tools which are making improvements in the agricultural industry as well as many other sectors. Paired with software to create prescription maps and treatment plans, take soil and leaf sampling, and generate vegetation index maps, the future of farming is sure to achieve higher efficiency, efficacy and ecological standards.